From the Spring, 2012 issue of The Antioch Review.

Jeffers, you flinty sympathist of granite,
poet/homilist, provincial seer
and storm‑bird, let it rest. Your work is finished.
They have no use for grand abstraction here.

Though Tor House tower is a faerie eyesore
marring the suburb’s Hockneyesque regime,
all will fall. Despair is the worst evil.
You wrote it on the dark side of the beam. 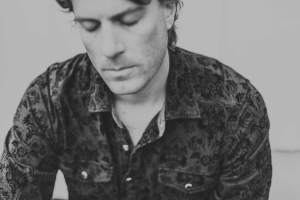 Peter Kline’s first collection of poems, Deviants, was published in the fall of 2013 by Stephen F. Austin State University Press.  A former Wallace Stegner Fellow at Stanford, he has also been honored with residency awards from the James Merrill House and the Amy Clampitt House, as well as the Morton Marr Poetry Prize from Southwest Review.  His poems have appeared in Poetry, Tin House, Ploughshares, and many other journals.  He lives in San Francisco, where he teaches creative writing at USF and with The Writer’s Studio at Stanford University. www.peterklinepoetry.com