“The Peace of God, which passeth all understanding, shall keep your hearts and minds through Jesus Christ”

The Epistle of Paul the Apostle to the Philippians

For graduate students of my generation there was no more monumental figure than Perry Miller of Harvard. His two-volume intellectual history of Puritanism, The New England Mind: The Seventeenth Century, was erudite, sophisticated, and challenging as he explored the various covenants that vied for authority, both civil and ecclesiastical. The covenants of grace and work were explored within traditions that traced their roots back to the Reformation and Continental philosophy. It was rumored that only Miller and a handful of his colleagues really understood the struggles between the Arminians and the Antinomians even though Miller’s seminar was famous for both its intellectual rigor and the ways that graduate students botched Miller’s work. Anecdotally it was said that after one seminar he buried his head in his hands and uttered a scatological expletive.

Toward the end of his long career he conceived and began to work on a nine-part volume, The Life of the Mind in America: From the Revolution to the Civil War, that was to open with a prologue titled “The Sublime in America.” He died before it could be published, but his widow and his star pupil, the historian Alan Heimert, pieced together his first three chapters: “The Evangelical Basis,” “The Legal Mentality,” and “Tension, 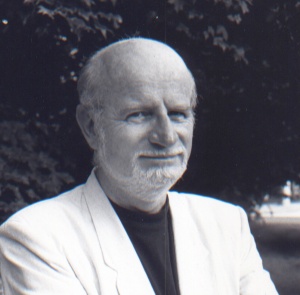 Technology and Science.” The basic framework for the book was to be found in the conflict between two words and two worlds: the heart and the mind.

The great evangelist Charles Grandison Finney had a basic theorem in his sermons that argued that everyone could agree upon intellectual propositions; however, “the difference is that some grasp them with the heart, others with only the mind.” The struggle between the intellect and emotion had engaged Jonathan Edwards and would later confront Cooper, Melville, and Whitman. A companion to the heart was the “sublime,” first explored by the young and unlikely Edmund Burke and recently rediscovered by another erudite critic, Harold Bloom. In between there were the Hudson River painters and Edgar Allan Poe. Throughout the nineteenth century Miller argued there was one great issue: “the never-ending case of the Heart versus the Head.”

Our four leading essays touch on both the head and the heart, with the opening piece by Ihab Hassan, a distinguished literary critic who continues that debate and traces the precipitous decline of the humanities in both the universities and the popular mind. Though the cast of characters has changed, the questions remain the same. Which do you trust—the head, the heart, the law—and whom do you trust—family, friends, government or “self”—which was to have been the final chapter in Miller’s last grand work. Is this our age of anxiety (who remembers the “Anxious Bench”?) or the age of the selfie practiced by presidents and plebeians alike?

Our second essay is of the personal sort by Gordon Lish, our long-time contributor, friend, and advisory editor, who usually appears in the guise of a short story writer, but who here probes his personal history through the medium of his favorite method of communication—the postcard. I have hundreds of them from over the years and have learned to read Lish-speak, with its pithy and warm comments and the conclusion “With love and kisses.” Gordon (Gordon!) moves back and forth between observations (philosophical and personal) about people (Sonny Mehta / Don Delillo) and human attributes (friendship, affection) and between the head and the heart.

Our third essay is by Kenneth McClane and about a family relation (his uncle), who although a prominent figure in the Broadway stage world, had a secret that he kept to himself, though someone (his nephew) might guess about it and here conjectures why he kept it so close to the chest—preferring to keep it there safe and secure. In this age of revelation McClane still admires his uncle for so steadfastly keeping “Secrets” and being his own man. Our fourth essay is a celebratory one coming from John Tytell on the sixtieth anniversary of Allen Ginsberg “Howl” that is both “beat” and “modern.” Ginsberg was greeted by poets such as William Carlos Williams and Lawrence Ferlinghetti in much the same fashion as another poem 160 years earlier had exploded on the American literary landscape with the publication of Walt Whitman’s “Leaves of Grass” that was broadly welcomed by two of the most prominent Transcendentalists of the day, Ralph Waldo Emerson and Henry David Thoreau.

We also include a separate section of essays about sundry subjects that deserve your attention. Priscilla Long in “Old Things, Used Things” asks and answers a simple question: “What good are old things?”, wherein she defends the old against the omnipresent new and graciously reminds us that pencils still have a purpose.

Jeffrey Meyers, one of our other frequent contributors, looks at 11 poems penned by W. H. Auden between 1939 and 1941 of famous writers, from various countries (Germany, France, America, England, and Ireland). Many begin with “In Memory of …” and six of his characters were homosexual. But in these poetic sketches he touches on their childhoods, on Freudian obsessions (Auden admired Freud, a fellow exile), and on the traumas they endured. Those years were traumatic and Auden, like Vasari in his Lives, tried to capture them—but poetically—in the context of their time even though he stretched backward to include Martin Luther. Robert Hahn, in a provocative mixed-genre essay, portrays his Christian Science father whose simple faith seems, at first, out of touch with the modern world, but serves him well enough in his old age.

Our poetry editor Judith Hall and our quarterly commentator, John Taylor, have both head and heart in mind when they put together their offerings. Taylor writes about the Argentinian poet Alejandra Pizarnik (1936–1972) whose parents were Russian Jewish émigrés to that polyglot and proud country, while our poetry editor Judith Hall has been trolling for new works around the world.

Our short stories speak for themselves and need no explicating. They are all strong and challenging tales. We have a Dutch writer new to our shores, writers from Wisconsin, Virginia, and Los Angeles.  For our “From Our Archives” I have reached back to 1979 for our story by Gordon Weaver, “Hog’s Heart,” that was included in the “Best American Short Stories” for that year. We (The Antioch Review) are approaching our 75th anniversary year of continuous publication with knowledge that we are read and reread across the globe in both print and electronic form.

To the head and the heart.

Purchase the current issue of The Antioch Review here.