This poem is from the Spring 2015 issue of The Antioch Review. 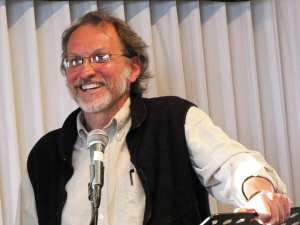 John Witte’s poems have appeared widely, in publications such as The New Yorker, Paris Review, Kenyon Review, and American Poetry Review, and been included in The Norton Introduction to Literature, among several anthologies. He is the author of LOVING THE DAYS (Wesleyan University Press, 1978), THE HURTLING (Orchises Press, 2005), SECOND NATURE (University of Washington Press, 2008),and DISQUIET (University of Washington Press, 2015). He was for thirty years the editor of Northwest Review, as well as of numerous books, including THE COLLECTED POEMS OF HAZEL HALL (Oregon State University Press, 2000). The recipient of two writing fellowships from the NEA, a residency at the Provincetown Fine Arts Work Center, and numerous other grants and awards, he lives with his family in Eugene, Oregon, where he teaches literature at the University of Oregon. More may be found on his website: http://www.johnwittepoet.com