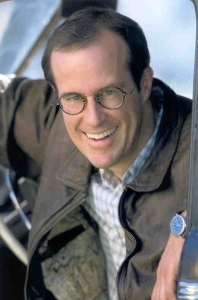 Contributor, Bruce Fleming, shares the backstory of his prophetic piece, “In the Brief Egyptian Spring,” published in the Fall, 2007 issue of The Antioch Review. In that piece, Fleming describes contemporary Egypt as “a country on economic life support,” and proceeds to take readers on a journey—one he took with a native guide—through Alexandria and Cairo. He explores its hotels, restaurants, museums, people, even its tobacco, through the eyes of a seasoned sojourner. In this piece, Fleming notes similarities between his visit to Egypt to that of other countries he’s spent time in that were also on the brink of radical change.

I’ve lived in three countries that, within a reasonable period of time after I left, suffered upheavals and revolutions that upended the order I knew. One was Rwanda, where I was the Fulbright Professor at the National University from 1985-87. In Rwanda, at the time a dirt-poor but beautiful series of mountain ridges dotted with huts and banana trees and slumbering in the highland sun, the invasion of Uganda (ex-Rwanda) Tutsi in 1990 caused a civil war, that in turn unleashed the largely Hutu-on-Tutsi massacre that we in the West know as the Rwandan genocide, and in turn produced the current Tutsi state grown fat on the exploitation of Congolese mines.

Another country (sort of) was the island of West Berlin, where I was a Fulbright scholar from 1982-83. In 1989, the Wall that defined West Berlin’s island existence fell. The self-proclaimed country of the GDR has ceased to exist, and Berlin, both East and West, is once again the capital of the reunited Germany, glittering with new buildings of glass and steel and a spanking new railway station to replace the tired Eastern Alexanderplatz, where I took trains to Dresden and Prague. And the third was Cairo, which I visited a few years before what came to be called the Arab Spring.  END_OF_DOCUMENT_TOKEN_TO_BE_REPLACED