“The Bad Glazier,” a translation by David Lehman of Charles Baudelaire’s poem, Le Mauvais vitrier , appeared in the Winter 2014 issue of The Antioch Review. 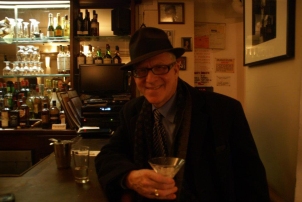 David Lehman has two new nonfiction books in 2015. The State of the Art: A Chronicle of American Poetry, 1988-2014 (Pittsburgh) comprises the annual forewords he has written for “The Best American Poetry,” the anthology series he created in 1988. Sinatra’s Century: One Hundred Notes on the Man and His World (HarperCollins; October 2015) appears in the year that the late singer would have turned 100. Lehman’s New and Selected Poems was published by Scribner in 2013. He lives in New York City and teaches in the graduate writing program of the New School.