The following editorial ran in the Winter 2013 issue of The Antioch Review introducing the journal’s electronic subscription option through JSTOR. Robert S. Fogarty, editor, introduces our approach of moving into the digital age by making available to our readers, an electronic version. You can learn more about how to subscribe to it by going to the subscription page. It’s a smart way to always have available, not a pared-down version, but rather a full digital replication of The Antioch Review on any electronic device you use. 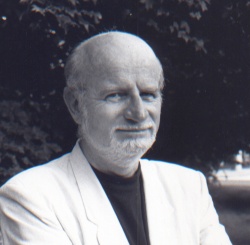 With this issue we enter into our doppelganger phase with an electronic version available through JSTOR, the highly regarded nonprofit organization headquartered in New York that has specialized in providing libraries all over the world with digitized versions of periodicals (particularly those with long runs like the Antioch Review). Recently they have branched out and now provide digital editions to individuals, corporations, and other entities that want an electronic version of a current magazine.

In recent years numerous publications have eliminated their print editions in favor of a single electronically formatted version appropriate for tablets, Kindles, Nooks, personal computers, and other devices. Newsweek is now available only online and a year ago The Wilson Quarterly asked their readers to accompany them on what they referred to as a “digital journey.” They both went solo. Unlike these two distinguished publications we have opted to go down the doppelganger road with our print version as before, but now our shadow will be available for those of you (libraries and individuals) who prefer to get your Antioch Review that way. We are now “double walkers.”

It is just common sense for us to continue with the print tradition and make the necessary adjustment to the times. It will be the same magazine in both forms, and included in both will be a four-color version of our handsome covers. The digital shadow version will not be a minor league publication with also-ran authors appearing (those who could not make the cut for the hard-copy print edition). They will be separate and equal.

For a number of years our good friend in London, James Campbell, an editor at the TLS and Review author, has been publishing in his book column, N B, the results of his Christmas used-book perambulations when he goes in search of books to give as Yuletide gifts. He usually comes up with an interesting and assorted batch of titles gleaned from shops near Charing Cross and Hampstead, spending a modest five pounds per book.

In a recent issue of TLS (October 5, 2012) he describes at some length his autumnal trek that sums up our sentiments about our desire to keep the old and embrace the new: “Second-hand bookshops have been assumed to be in danger for several years now, with reason. New York friends lament the disappearance of neighborhood favourites. Abebooks can supply most things at the click of a mouse. Many people find convenience in ebooks and e-readers, and if they are happy, we’re happy too. It makes us even happier to report that all the shops we mentioned last year (sixteen) are still in business. A book is a book is a book. You cannot own an ebook. It has no aesthetic properties, no ornamentation, no weight, no smell, in short, no character. It offers no choice between nice to handle and that experience’s opposite. It does not furnish a room.”

Our “product” line for this number leads off with an essay by one of our regulars, Bruce Fleming, who—appropriately enough for a premier electronic issue—deals with the question of obsolescence (e.g., the videocassette) and how its disappearance raises questions about the nature of progress. Marcia Cavell’s memoir about her mother (“Trains”) is about a transient life during a period when locomotives meant freedom. Curious, of course, from the point of progress that they are still around both above and even beneath the waters like in a Jules Verne story. Anis Shivani, a bold critic, explores the characters that abound in contemporary novels inspired by cosmopolitan urban life on several continents where multicultural values have seemingly won the literary day while “bad” Muslims grab the headlines.

Jeffrey Meyers is back here once again with an assessment of Ted Hughes as a war poet writing in the aftermath of “the war to end all wars” so evocatively presented in Adam Hochchilds’s recent work. And finally our essay section concludes with a grisly account of lion hunting by a young essayist and a sensitive look at both personal and recent history.

Our short fiction is both serious and comic, with Paul Christensen and Robert Ready on the dark side and Rick DeMarinis on the light side. Our poetry section has a long poem by Richard Howard that explores the world of the Fifth Grade and our Continental poetry expert John Taylor explores Florence and the ”inner world” poetry of the neglected Italian modernist, Lorenzo Calogero (1910-1961).

We have taken the plunge into the electronic world and so far it has gone well. We hope to see new subscribers and reach our older established audience. Whether you are a flaneur or a double walker let us know your thoughts about this issue and the progress we are making.

Following is Editor, Robert Fogarty’s editorial in the current issue of The Antioch Review.

The Yale University Press has just published a first-rate study of what the authors Howard Gardner and Katie Davis call The App Generation. It is the latest in series of generational sets (Millennials, Gen X & Y, Boomers) that have engaged not only researchers like Harvard’s Gardner, the author of the much acclaimed work on multiple intelligences, but a generation of op-ed writers who lament (usually) the passing of the torch or the dropping of the baton due to ignorance, inattention, or, most likely, narcissism. This, historically, all harkens back to Karl Mannheim’s famous 1923 essay “The Problem of Generations,” which was the first systematic effort to

construct a sociology of generations. Mannheim let the cat out of the bag and since then it has been hard to rein in the speculations. See David Riesman’s The Lonely Crowd for example.

This generation tends to forget that there was a lost generation (“Une Generation Perdue” according to Gertrude Stein) in the 1920s or that a whole region—the South—was dismissed by the historian Henry Adams in a page wherein he talks about how some of his Virginia-bred classmates at Harvard did poorly at both school and warfare. Hemingway thought, “all generations were lost by something and always had been and would be.”  Now it seems that the talk is all about the current batch of generations who commentators muse about in columns on the right hand page of your local paper or are reported about in well-financed research studies funded by the major foundations.

In The App Generation Gardner and Davis assert that the changes (new technologies, social upheaval) are coming so fast that the standard twenty-year span that characterizes a “generation” may be reduced to a mere five years, only to be quickly overtaken by another cohort raised and nurtured in a hothouse culture driven by even more changes. Whatever happened to Tina Brown?

Our essays have no statistical validity other than our authors’ own memories, as in Steffan Hruby’s “New Age Atheist,” which chronicles his father’s immersion in the “men’s movement” that was sparked, in part, by the poet Robert Bly in Minneapolis, the capital of the twelve step program. It is followed by Suruchi Mohan’s “Visiting Mother” that lays bare—in emotional terms—the lack of inter-generational understanding. Tomasz Kamusella takes us to Japan’s northern coast to assess the impact of an American modernizer on generations of citizens in Hokkaido. Luis Francia’s essay on José Rizal, the George Washington of the Philippines, who over time shaped the direction of his country that few outside it know. Jeffrey Meyers whom we have published on an almost yearly basis since 2003 once again graces our pages. Most these writers are new to our pages and their ages are unknown to me.

All of our fiction writers (Benbow, Brown, Gordon, Rooke) are seasoned veterans of these pages and are known to several generations of readers for their excellent stories. We close with an essay by John Taylor on Turkish poets. Taylor is a native of Iowa, lives in France, and will spend next year at the American Academy in Rome translating the works of a Florentine poet for future generations.

Sometimes we use quotations to preface our editorials; yet it seems appropriate to end this one with the famous lines from William Butler Yeats Sailing to Byzantium published in 1928:

That is no country for old men.The young
In one another’s arms, birds in the trees
—Those dying generations—at their song,
The salmon-falls, the mackerel-crowded seas,
Fish, flesh, or fowl, commend all summer long
Whatever is begotten, born, and dies.
Caught in that sensual music all neglect
Monuments of unageing intellect.

In the Fall of 2011, The Antioch Review celebrated its seventieth anniversary as one of the oldest, continuously publishing literary magazines in America. Following is the Preface written by editor, Robert Fogarty, for the double-sized celebratory issue.

“Going forward” is a relatively new and apparently convenient way to in­dicate a progression in time from the present. The term suggests a con­tinuing and progressive movement rather than, as “in the future” can sometimes mean, some specific future date. Like many such expres­sions, it means enough to be useful while also being suitably vague.      — What is.com

Every year a new buzzword pops up, almost magically, in newspapers, in magazines, in corporate reports, in speeches, in advertisements, and eventually in casual conversation. A few years ago after reviewing a book for the Times Literary Supplement I noticed that the author had generously sprinkled the manuscript with the word iconic, as the author saw “iconic” figures on every corner, in every building, and in every event as he examined the gentrification process in New York’s East Harlem.

“Iconic” is, alas, still around (its first usage in English dates back to 1652, according to the OED), but a new generation of writers seem to have fallen in love with the word—whether this is because they grew up in an image-besotted culture or because they like the sound of it (like “awesome” of the recent past in vernacular speech) or be­cause they lost a whole batch of words growing up and are linguisti­cally crippled. Just recently the phrase “going forward” has emerged with boring frequency from people who ought to know better, such as Obama’s foreign policy advisor Samantha Power, a Pulitzer Prize winner and former Harvard professor. There is even a news analysis program called “Leaning Forward.” “Looking forward” has its origins in “corporate speak” and one source goes so far as to suggest that the Securities and Exchange Commission is responsible for it. This all reminds one of the spate of works that came out in wake of the pub­lication of the enormously popular utopian novel/tract Looking Back­ward in 1888. In quick succession there were look-alikes that tried to capture the audience (if not the spirit) of Bellamy’s classic. There was: Looking Forward, Looking Beyond, Looking Within, Looking Ahead, Looking Further and, of course, Looking Further Backward. END_OF_DOCUMENT_TOKEN_TO_BE_REPLACED