Being on this land, seeing its people, digging for artifacts, going off his meds—all of it was spitting Joseph out into a new sense of clarity. Following is Elizabeth Kadetsky’s story behind the story, “It Was Only Clay” from the Summer, 2014 issue of The Antioch Review.

He’d arrived on the isthmus after the earthquake struck—in Yucatán. Short wave radio reported a million homeless over the border in Guatemala, the crumbling of dozens of highland villages. For his own purposes, Yucatán was yielding nothing. He became anxious, impatient. The land was spitting him out of it like a language it didn’t like speaking.

On “It Was Only Clay” 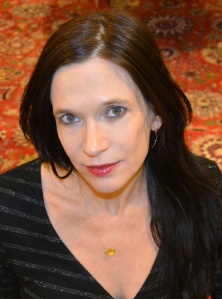 In 1994, The Village Voice sent me to cover a story set in a small highlands village in the Cuchumatantes mountains of Guatemala called San Cristóbal Verapaz. By the time I got to Guatemala City and checked into my hotel, however, a travel advisory had been issued. The advisory was intended for female travelers like myself—solo and American—so I dutifully avoided travel to the countryside and spent the next several days exploring and digging up facts for my story in the capital city.

There was a feeling of menace pervading everything. Once, as I was walking by myself at sunset near the grand municipal halls of the city center, a young soldier carrying a rifle and bayonet gave me an up and down. His eyes read fear, death, and other things it seemed I could not comprehend. Another time a man stared and heckled sexual harassments at me in a crowd that had gathered to watch some street performers. Another man—an American—came up to not so helpfully inform me I was in danger. The story I was covering related directly to the travel advisory: an American woman had been attacked by a mob in San Cristobal. The crowd, made up of young indigenous men, believed she had kidnapped a baby and was carrying it in her backpack to be absconded to the developed world and harvested for kidneys.  END_OF_DOCUMENT_TOKEN_TO_BE_REPLACED

Rosellen Brown’s work has appeared in The Antioch Review numerous times. In “Photographers’ Light,” Winter, 2014, she tells her story through the eyes of a photographer, Toby, the wife of a vocal teacher who spends a month in Italy every summer teaching opera to young students from around the world. Toby is beginning to experience how aging is impacting their lives. Following is Brown’s story behind the story.

I have always believed that a story is only ready to be written when not one but two stimuli – or call them provocations – are present. If you like to read the comments at the back of the O. Henry and Best American collections (which didn’t exist when my first AR story was published) you’ll see that a good many writers testify that they’d put a story away and only when they came back to it later did they see what it was “really” about. Newly energized, they reorganized, added new elements and so on – which tells me that their original impulse was incomplete because it lacked that second motivation, the spark that ignites the whole.

In this case, what I started with was a little unusual for me because it wasn’t a character or a situation:  I possessed (perhaps too grandiose a word) a little body of knowledge that I somehow wanted to incorporate in . . . something. For thirteen years I had taught in a summer writing workshop in Spoleto, Italy that ran concurrently with master classes in bel canto opera technique.  I loved the writers and, needless to say, the setting and all that went with it, but what I found most thrilling were the young singers (most, though not all, of college age), to whose classes we brought our students, not only to witness training that was and was not similar to their own but also to see how bloody hard the singers had to work, and how public were their successes and failures.

But I had no story until I realized – the second element – I could link the description of the sometimes astonishing physical and psychological means by which the opera coaches went about their business to a current that runs under much of my recent work.  I’m collecting a bookful of stories to be called Late Loves because what’s on my mind these days is aging and the sometimes subtle, sometimes blatant losses that accompany it. The youth of those marvelous children seemed the perfect contrast to a not-quite-over-the-hill star: a glory, a challenge, a threat.  Theo’s witness is his wife, an artist too but one whose art is not so harrowingly public, who also has her pride and her pain, for her husband and for herself.

I was very happy with the story but an ending eluded me until I thought of something else I had learned in Spoleto.  A wonderful photographer named JoAnn Verburg, who has a thirteenth-century house there, likes to shoot in the late afternoon in what she taught me is called “photographers’ light,” which just before dusk brings things into striking focus (and even tinges everything slightly – very slightly – purple!)  This seemed to me the perfect metaphor for the moment Theo and Toby have reached, which I will not elucidate further because a metaphor unpacked is worse than a joke explained.

In 1971, I had published a good bit of poetry but AR accepted one of my very earliest prose pieces. I had begun edging over toward prose so gradually that I hardly realized I was doing it; my first book of poems had ended with a long prose poem. What I sent to the Review was a series of vignettes, a portrait of my neighborhood on a gentrifying block in Brooklyn, described in rather heightened language that, without much concern for genre, I thought of as an essay. Certainly it wasn’t fiction.  But in the issue in which it appeared, apparently somebody forgot to include the headings that customarily appear in the Table of Contents separating poetry from fiction from essays, and to my great astonishment my “Mainlanders” was chosen for the 1971 O. Henry Prize Stories (my first appearance there), and at a time when the “best” three stories were ranked, it was pronounced the third best in the collection.  So I carry to this day huge gratitude to whoever was asleep at the switch. I hope he or she didn’t get into any trouble for such serendipitous inattention!

Rosellen Brown has published widely in magazines and her stories have appeared frequently in O. Henry Prize Stories, Best American Short Stories and Pushcart Prizes.  One is included in the best-sellerBest Short Stories of the Century, edited by John Updike.

She has been the recipient of an award in literature from the American Academy and Institute of Arts and Letters and fellowships from the Guggenheim Foundation, the Ingram Merrill Foundation, the Bunting Institute, the Howard Foundation, and twice from the National Endowment for the Arts, and was selected one of Ms. Magazine’s 12 “Women of the Year” in 1984.  Some Deaths in the Delta was a National Council on the Arts prize selection and Civil Wars won the Janet Kafka Prize for the best novel by an American woman in 1984. Rosellen Brown teaches in the MFA program at the School of the Art Institute of Chicago http://rosellenbrown.com/#home

In 1982, the Antioch Review published its first story, “Actors,” by Peter LaSalle. Since then, we have published fourteen others. A sixteenth will appear on our pages in 2015. Three of these stories, “What I Found Out About Her,” Winter, 2008, “In the Southern Cone,” Spring, 2009, and, “Tunis and Time,” Winter, 2007, are included in LaSalle’s new book, What I Found Out About Her: Stories of Dreaming Americans, which received the 2014 Richard Sullivan Prize in Short Fiction and has just been released. (See the book trailer here.) The Richard Sullivan Prize in Short Fiction is administered by the Creative Writing Program in the Department of English at University of Notre Dame in conjunction with The University of Notre Dame Press.

The pre-publication endorsements for LaSalle’s new collection recognize it as a truly significant work. Author Zulkifkar Ghose says that it “…flows with such masterly ease that he can be said to be in a class of his own, at the forefront of American creators of original prose.” Jay Neugeboren has written that these tales “…are shrewdly original, disarmingly complex, and—always, always, since LaSalle is one of our finest storytellers—as beautifully crafted as they are memorable.”  END_OF_DOCUMENT_TOKEN_TO_BE_REPLACED